Picture of Deloncle and the Collaborationist Crew

I have here today a picture of Eugene Deloncle taken during World War II.  The problem is identifying the others in the picture.  The source that gave me the picture said the young man is Jacques Correze, Deloncle's close and much younger affiliate.  The man in the rear is Marcel Deat, and it sure looks like the man is the middle is Pierre Laval...but that's harder to say for sure.  Correze and Deloncle lead the pack.  The picture probably dates from the period of the RNP--Rassemblement National Popular, a collaborationist party founded in 1941 that included Deloncle's MSR for a time.  So who are the men in this picture, especially the bald man in the middle next to who I think is Laval? 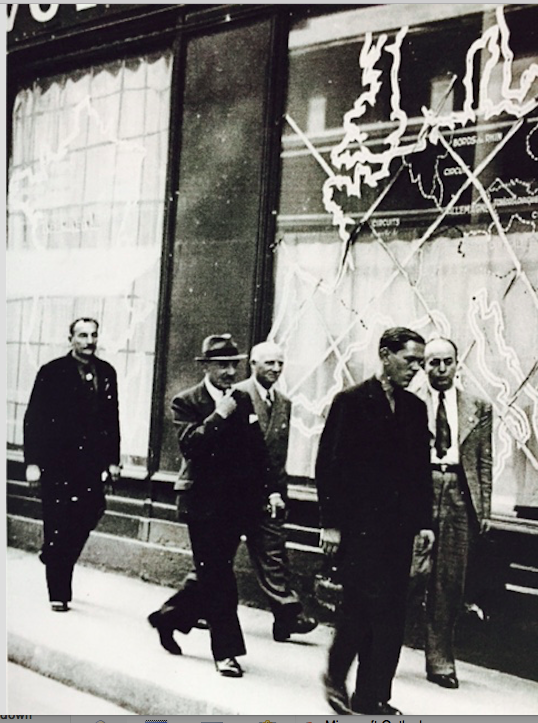 Posted by Moderator at 6:15 AM