Gayle soon to be in France!  I'm thinking about the Archives de Paris today on the outskirts of Paris at 19 Blvd. Serurier, 75019 Paris.  The building is hard to get to but in many ways it is one of the nicest archives that I have worked in these many years of going to France for research (since 1984).  The reading room is pleasant, there is free wifi, and no one has given us grief about our "Cagoule" documents in many years now----not since the 1990s!  When my son came with we a few years ago (he was 11) the personnel made over him wonderfully, gave him his own reading card, and supplied him with comic books to look at while I worked!

Gayle has a trip to France coming up in March and she will be visiting the Archives de Paris as well to check out a certain box 47 of the PEROTIN series.  We are also hoping sooner or later that the restrictions on photographs will be lifted.  There are some "choice" photos of the assassination of Marx Dormoy that we'd like to put in our book, Vengeance: Vichy and the Assassination of Marx Dormoy.

Here is a photo of Gayle and Annette at the Archives de Paris a few years back.  I note that the city of Paris has now put a farm around the archives and one can admire sheep on lunch break (an attempt at an environmentally friendly workspace).  Gayle, you'll have to fill us in on that one! 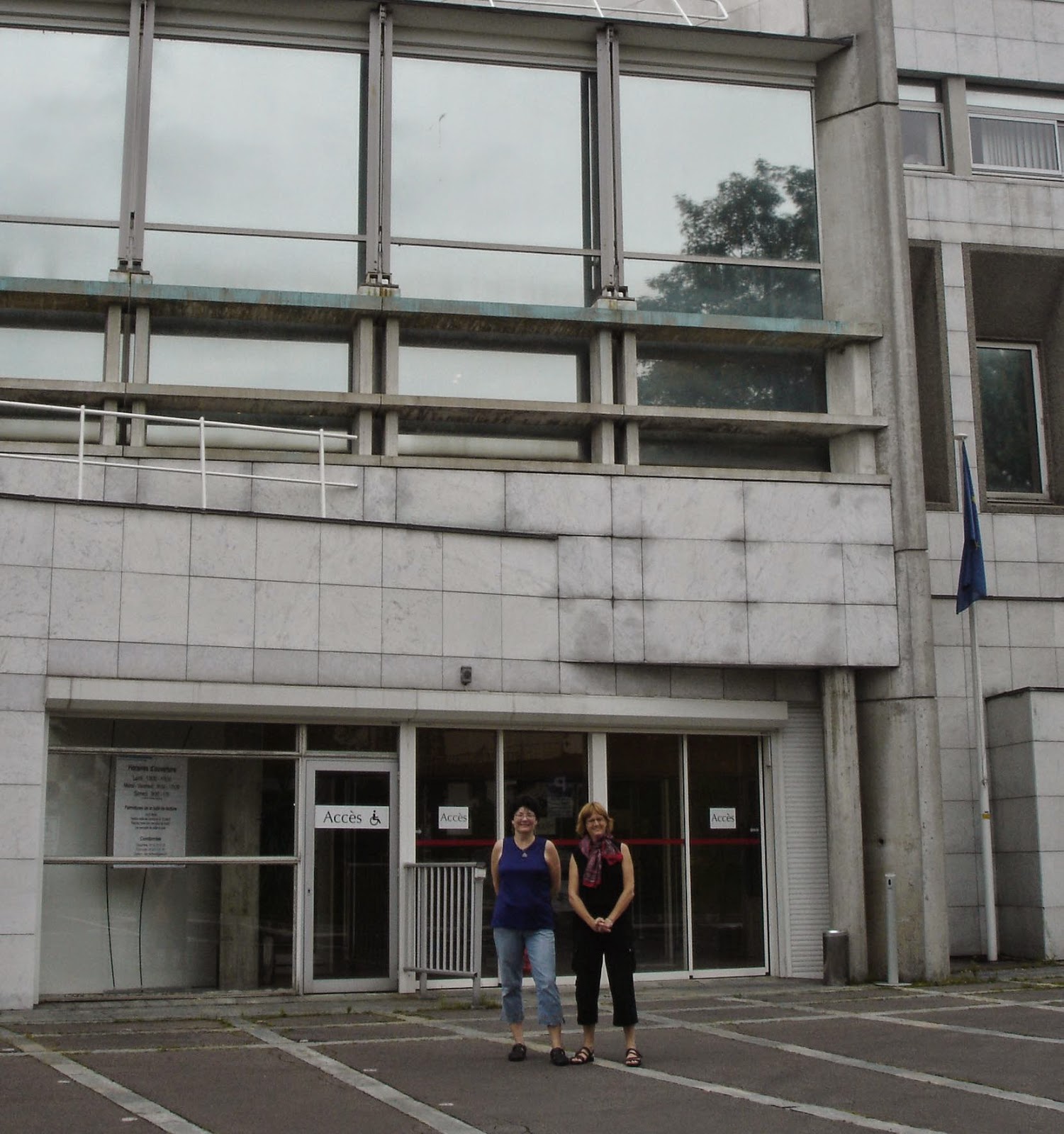 Posted by Moderator at 3:07 AM